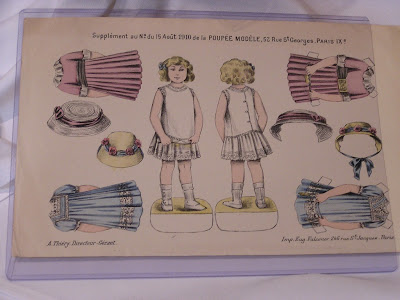 "The first sheet appeared in the August 15, 1910 issue of La Poupee Modele. It depicts a little girl with two dressses and two hats." 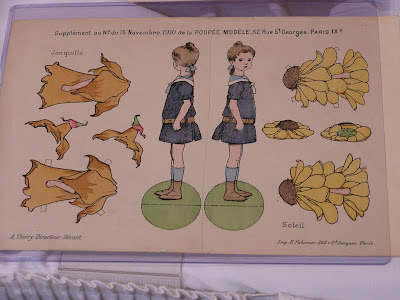 "The second sheet shows a little girl with costumes of Daffodil and of Sunflower, with hats." 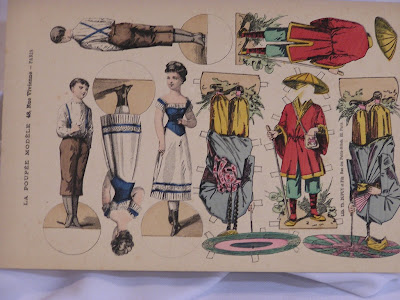 "The third sheet depicts a girl and boy with Chinese clothing and hats." 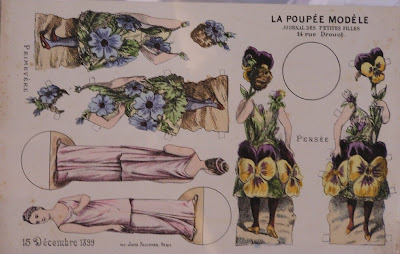 "La Poupee Modele of December 15, 1899. It shows a double-sided doll with costumes depicting Primrose and Pansy."

Thanks again to Garth Lax for the photos and commentary on the Odin collection -- and thanks to Samy Odin of Paris for traveling to the convention with this precious cargo. Be sure to visit the web site for the Doll Museum operated by Samy and his father Guido: www.museedelapoupeeparis.com/