The Artists Sweatshop I 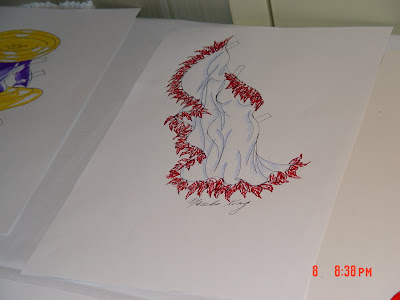 Bruce Patrick Jones had an excellent idea when he came up with the Artists Sweatshop: Have participants come up with ideas for a theme on which six paper doll artists would create a paper doll and outfits within one hour; six people at each artist's table would also lend a hand in the creation, and one would win a prize if their theme was selected. The three-hour workshop was a big hit: it combined a hands-on experience with the privilege of watching an artist at work, too! Themes included the Statue of Liberty and Fred Astaire and Ginger Rogers. Above: a snappy dress by Marsha King. 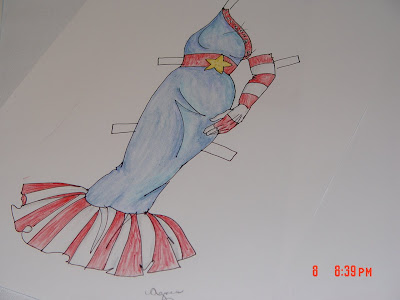 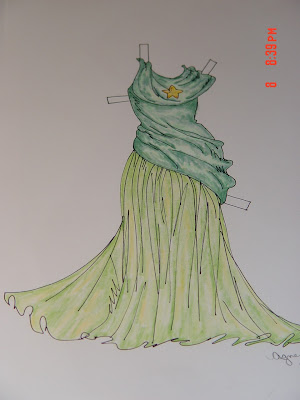 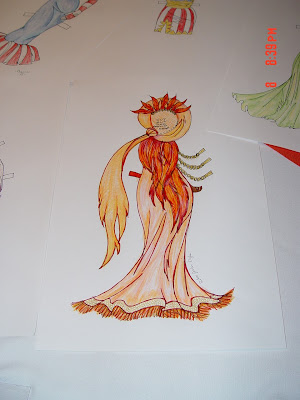 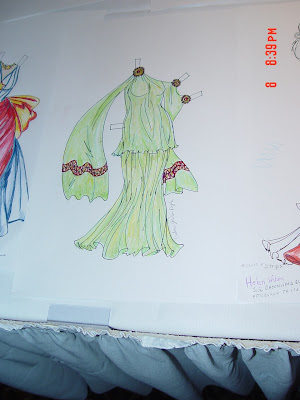 Two gowns above are by Debra Van Dyke, "nerfekiti." 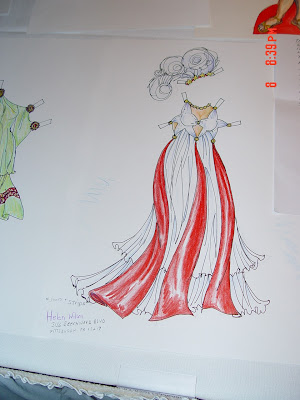 By Helen Wilson, sister of Agnes and Margie Seltzer, who did our convention badges. 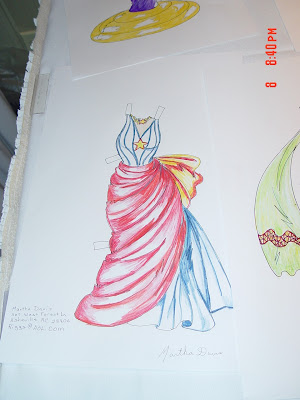 By Martha Davis, whose handcrafted paper dolls were also a big hit at the convention.
Posted by Linda at 11:03 AM