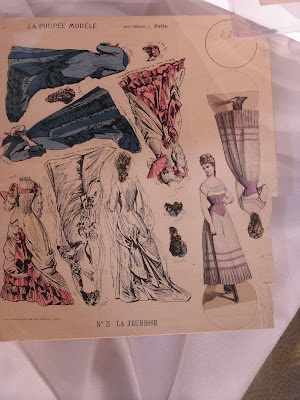 "The first one is entitled, 'No. 3 La Jeunesse' (The Young Woman). It has a double-sided doll and three double-sided dresses and hats. One of the dresses is a wedding gown." 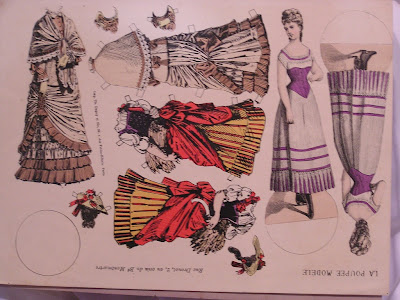 "The second one shows a doll, two dresses, and hats, all double-sided. Again, the colors are particularly rich and vibrant after 100-plus years." 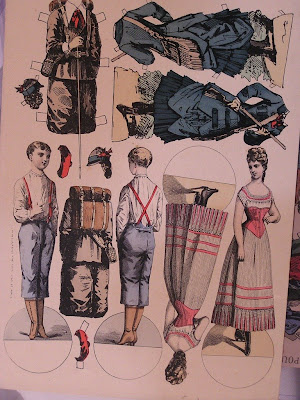 "The third one has two dolls, a girl and a boy, with double-sided costumes for hunting and hiking." 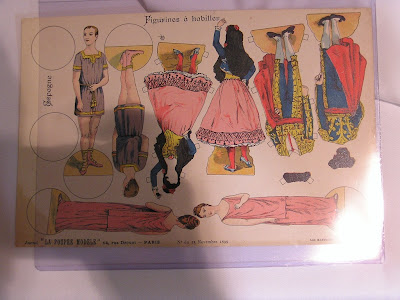 "The fourth one carries the title, (translated) 'Figures to Dress,' and was in the November 15, 1899 issue of La Poupee Modele. It depicts a Spanish couple, male and female, with double-sided costumes for each, plus a hat for the male doll." 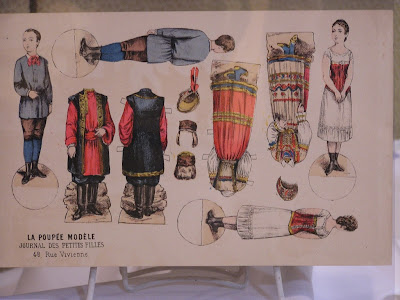 "The fifth one shows two dolls, male and female, with double-sided costumes. There's no title, but I'd guess that the costumes are Russian or Polish or Hungarian -- certainly Eastern Europe. Those of you with costume knowledge can chime in on this one."
Posted by Linda at 9:59 PM